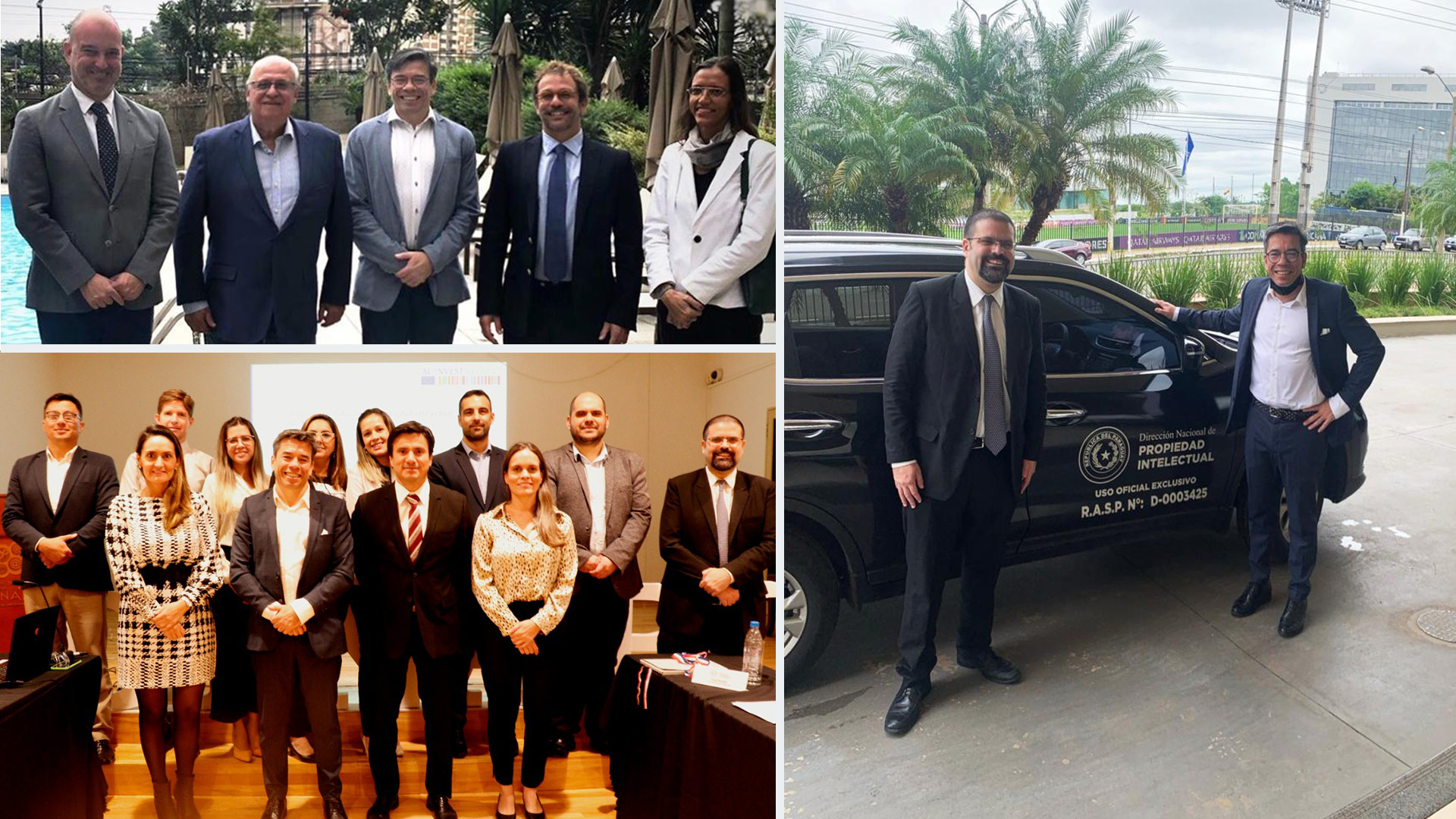 In June 2022, a delegation of the EUIPO composed of the Head of the International Cooperation Service, Ignacio de Medrano, and the Action Lead of AL-INVEST Verde IPR concluded several fact-finding missions to Argentina, Brazil, Paraguay and Uruguay.

The missions began in November 2021 and were carried out in three different phases. Their main purpose was to present AL-INVEST Verde IPR, the new Action managed by the EUIPO, created to promote an enhanced use and effectiveness of IPRs in MERCOSUR countries, in turn stimulating competitiveness and sustainable innovation in the region.

The missions were instrumental in presenting the Action’s objectives and lines of action, and to identify the key players in the region. The main line of action consists of raising increased awareness amongst key local stakeholders about the importance of IPRs in the region, from a social and economic point of view, and as an engine for sustainable development. Additional lines of action address optimising the processes and quality of IP governance and capacity building, knowledge sharing and enhanced enforcement of IPRs.

Furthermore, the missions were essential to facilitate the establishment of the AL-INVEST Verde IPR Actions’ offices in Montevideo, Uruguay. These were granted for the Actions’ use by the Uruguayan government and are located on the premises of the Technological Laboratories of Uruguay (LATU). Furthermore, the visits were indispensable to establish a tentative calendar for the first activities to take place until March 2023, and to prioritise the lines of action until the end of 2024.

The Actions’ first activity will be a joint effort between AL-INVEST Verde IPR and INPI Brazil from 1-3 September 2022, when the Action will address the potential of IP to boost sustainable development in the context of the largest event in Brazil about the bio-economy, GreenRio.