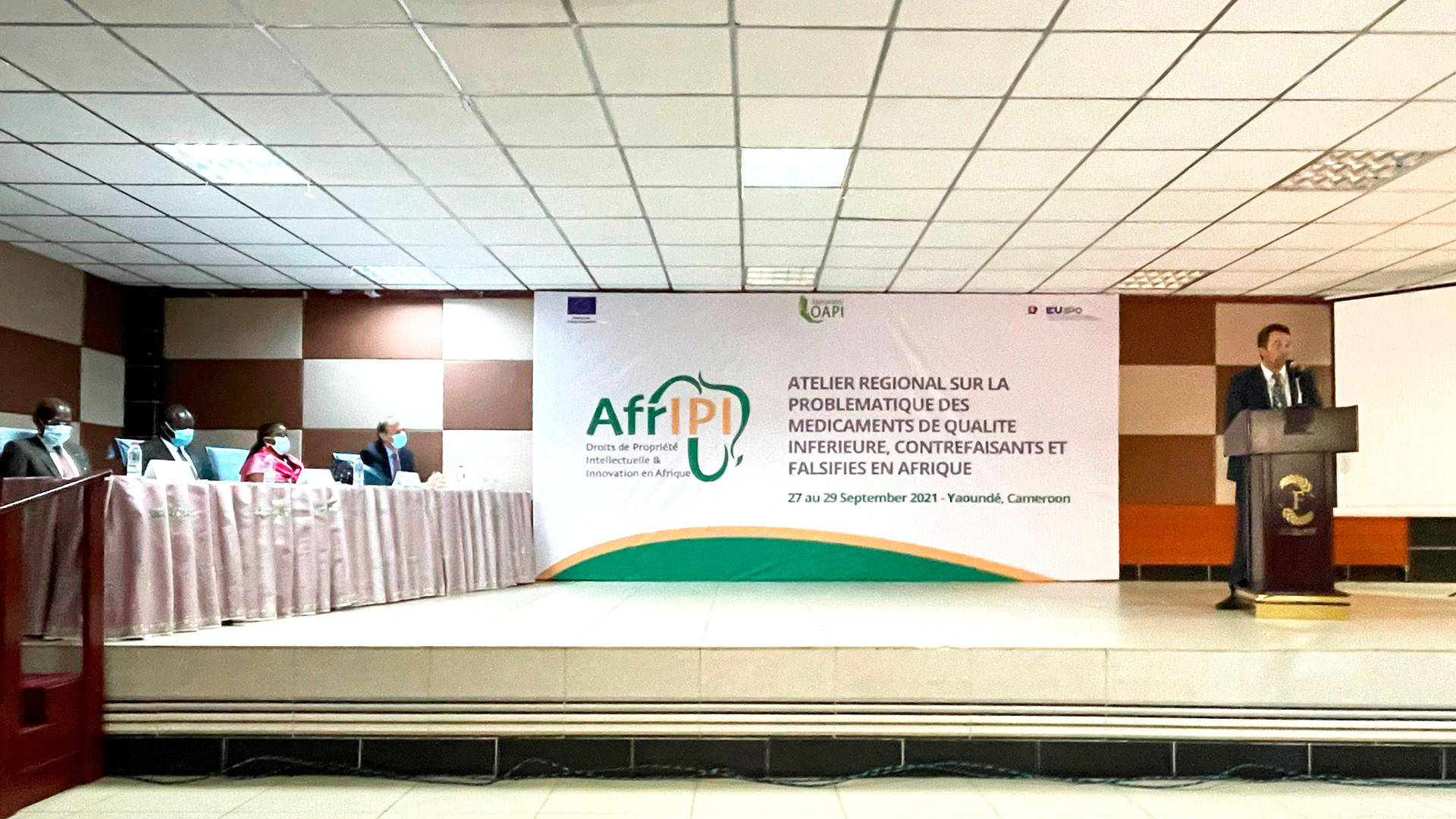 On 27 to 29 September 2021, the Africa Intellectual Property Rights and Innovation Project, AfrIPI, (an EU funded IP development action implemented by the European Union Intellectual Property Office - EUIPO), in partnership with the Organisation Africaine de la Propriété Intellectuelle (OAPI), convened a regional workshop of OAPI member countries, in Yaounde, Cameroon, where they shared best practices and explored new synergies in the fight against the proliferation of sub-standard and fake medicines in Africa.

The workshop brought together senior officials from Health Ministries, Police and Customs Departments, academicians and IP experts from 20 African Countries that shared experiences in the fight against counterfeit medicines as well as explored the legal tools and international mechanisms for better enforcement of related IP rights. Ultimately, the workshop sought to create a synergy of action between the different stakeholders to effectively tackle the circulation of fake medicines and brainstormed on homegrown strategies to boost the emergence of local pharmaceutical industries.

The meeting also translated the EUIPO’s longstanding engagement to support global action against counterfeiting. The EUIPO’s Executive Director, Mr. Christian Archambeau has stated that “counterfeiting and piracy pose a major threat to innovation and economic growth, at both EU and global levels. The rise in the share of counterfeit and pirated goods in world trade is deeply concerning, and clearly calls for coordinated action, at all levels, to be fully tackled.”

“Bringing together the key actors from different administrations involved in the fight against fake medicines and sharing ideas and solutions across boarders will allow us to increase engagement and the willingness to support towards the common objective of reducing the problem of substandard medicines and their nefarious consequences,” said Mr. Gregor Schneider, AfrIPI Deputy Project Leader in Yaounde.