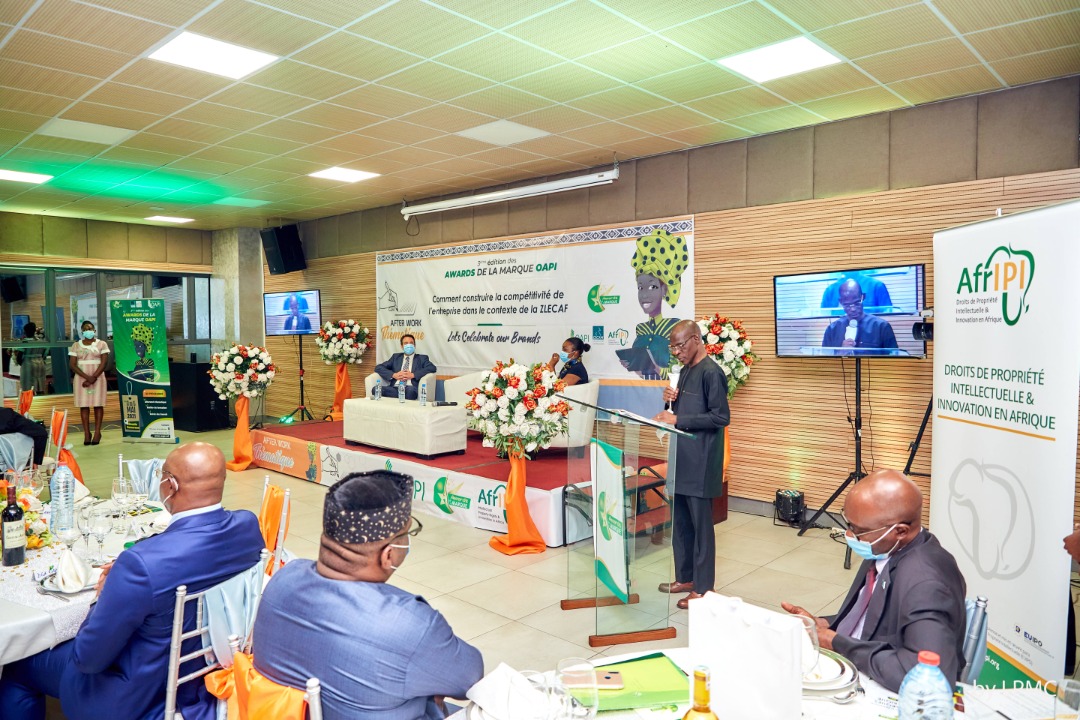 The 3rd edition of the Trademark Awards of the Organisation Africaine de la Propriété Intellectuelle (OAPI) officially kicked off on 13 May 2021 in Douala, Cameroon.

With the support and participation of the Africa Intellectual Property Rights and Innovation Project #AfrIPI, the opening event featured a tailored dinner discussion with business leaders from OAPI member countries. The discussion covered the new opportunities brought about by the Africa Continental Free Trade Area.

Denis Bohoussou, OAPI Director General, chaired the discussion on the merits of trade mark distinctiveness in the context of an emerging common market. Gregor Schneider, AfrIPI Deputy Project Leader and the Executive Director of the Cameroon Business Leaders Association were key speakers.

Mr Bohoussou saluted the deployment of the AfrIPI team to Cameroon and expressed OAPI’s readiness to increase its support to the development of IP-related tenets of the business sector with support from AfrIPI.

‘The continuous integration of intellectual property in the growth of businesses inevitably opens new horizons and conquers new markets’, Mr. Bohoussou said. He hoped that the discussion would help to reassure business leaders of the necessity to expand their outreach across the continent and beyond through registering and enforcing trade marks.

The newly appointed European Union Ambassador to Cameroon, Mr. Philippe Van Damme, also dropped into the meeting virtually. He sent a recorded message to salute the new frontiers of EU-Africa relations and share expectations on the common market. The Ambassador reassured partners of the EU’s continuous effort to share its experience in regional integration through initiatives like AfrIPI that is implemented by the EUIPO.

In a brief speech before the exchange of viewpoints among the audience, Gregor Schneider shared the EU’s experience in promoting and protecting trade marks across the continent. ‘In the context of intensified competition brought about by a common market, trade marks become all important... AfrIPI is also here to share lessons learned in the process of building the EU Single market.”

OAPI’s trade mark awards is a biennial event. It encourages young enterprises who are making an effort to valorise trade marks. This year’s event will culminate in the award ceremony during which the EUIPO will deliver a goodwill message.

Click here to see the photos of the event.

Watch here the recording of the event: