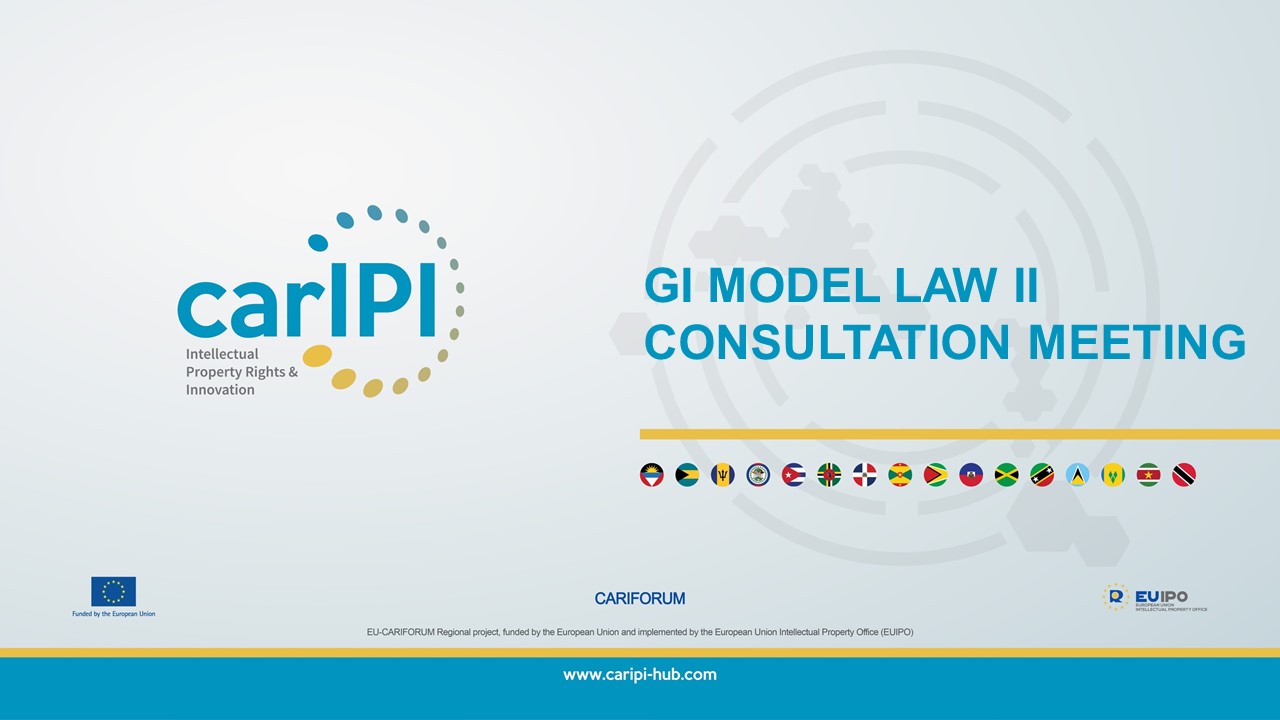 The CarIPI project, upon a specifically identified need, during 2020 started to develop a model GI law, which can be used by CARIFORUM States to modernize their legal frameworks. As a first step, a review of existing legislation on Geographical Indications in the 16 CARIFORUM States was conducted and the results shared and discussed with the IPOs of each country. Secondly, a draft of the GI Model Law was prepared taking into account, inter alia: provisions of the CARIFORUM-EU EPA, existing legal frameworks in the CARIFORUM countries, the draft Intra-CF GI Agreement, the Geneva Act of the Lisbon Agreement on the international protection of GIs and the WTO TRIPS provisions. On 10th December 2020 a first consultation meeting which was held on 10th December 2020 with relevant CARIFORUM stakeholders, such as the IPOs and the EPA coordinators. Following this meeting the draft model law was revised to incorporate feedback received.

The meeting on 31st March served to further discuss the revised draft law, along with the forms and regulations, recently developed by the project. This second consultation also addressed main issues arising from the last meeting and new queries, especially as drafts persons were in attendance